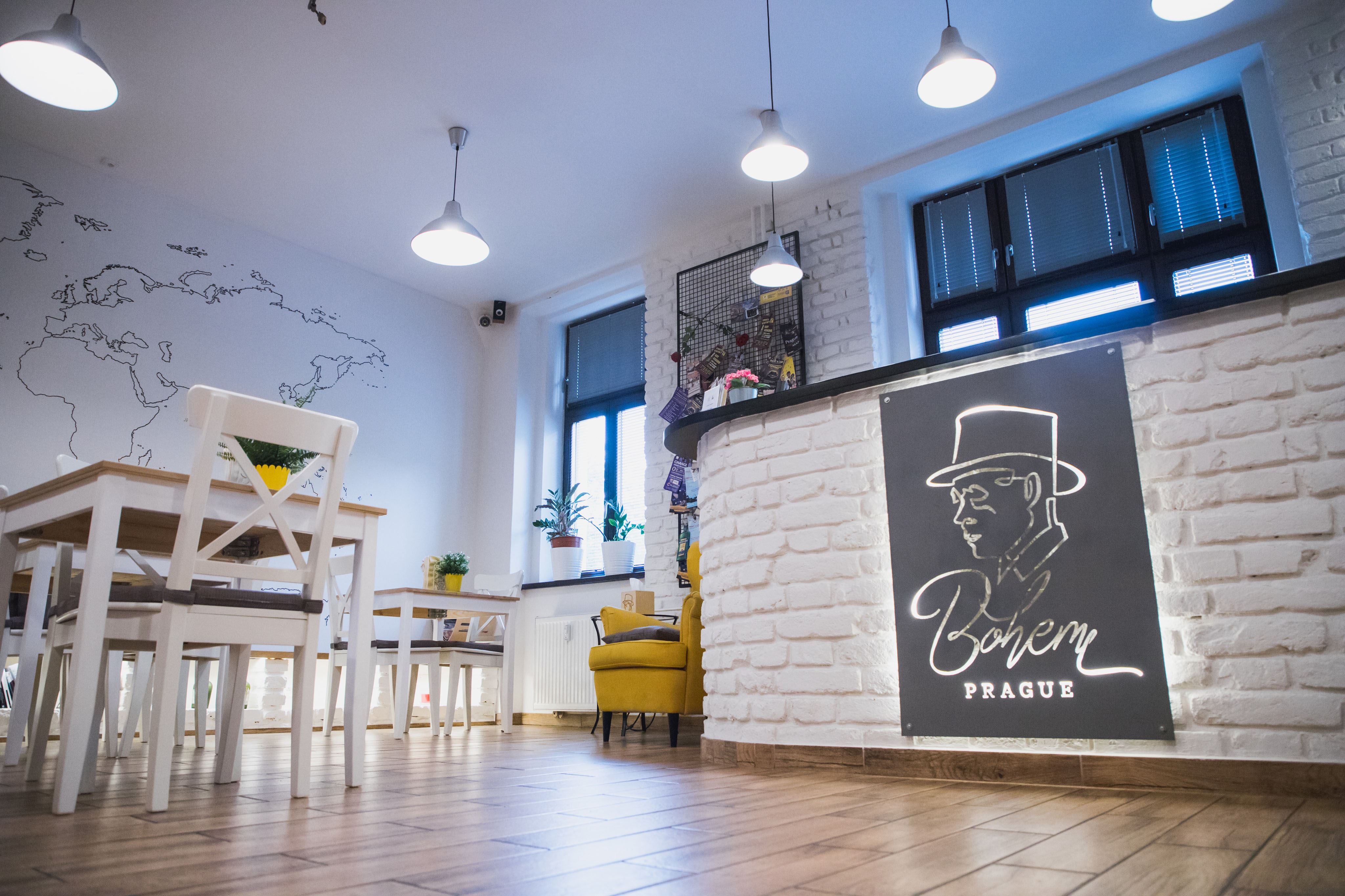 A new design hotel in the center of Prague, suitable mainly for young adventurers, but it will please also guests who are interested in calm and comfortable accommodation or customers on a business trip. Each of the twelve rooms offers pleasant accommodation and a private bathroom. The constituent part of the hotel is a fully equipped bar and a laser tag arena.

Bohem Prague Hotel is situated in the center of the city in one of the oldest Prague\’s quarters – Smíchov.The place, where the hotel resides got its name after the nearby Classicist manor Bertramka, where Amadeus Mozart dwelt for a while. Across the street lies recently renovated Malostranský Cemetery, where found their final rest number of significant Czech personas. In a walking distance from the hotel is Garden Kinských, which freely neighbors with tourists favorite Petřín Park. In a neighborhood of the hotel lies a big shopping mall named Nový Smíchov, two multiplex cinemas, cafés, and restaurants mainly with Czech and Italian cuisine.

Each room was designed so it fulfills the main philosophy of the hotel, i.e. a cleanliness and a minimalism which is combined with a modern design for the most pleasant stay of our guests. The main connecting element of each room is a design detail, so called\”The Eclipse of the Moon\”” which is situated above a bed. Each room has its own private bathroom and a basic equipment, e.g. a television, a hairdryer, a safe-deposit box and so on.”

On the 3rd floor of the house is situated the laser tag arena and the fully equipped bar.A permanent guest of the hotel is Mr. Bohem, a free-spirited and charismatic dandy who knows every nook of Prague and who will gladly guide you through the city.